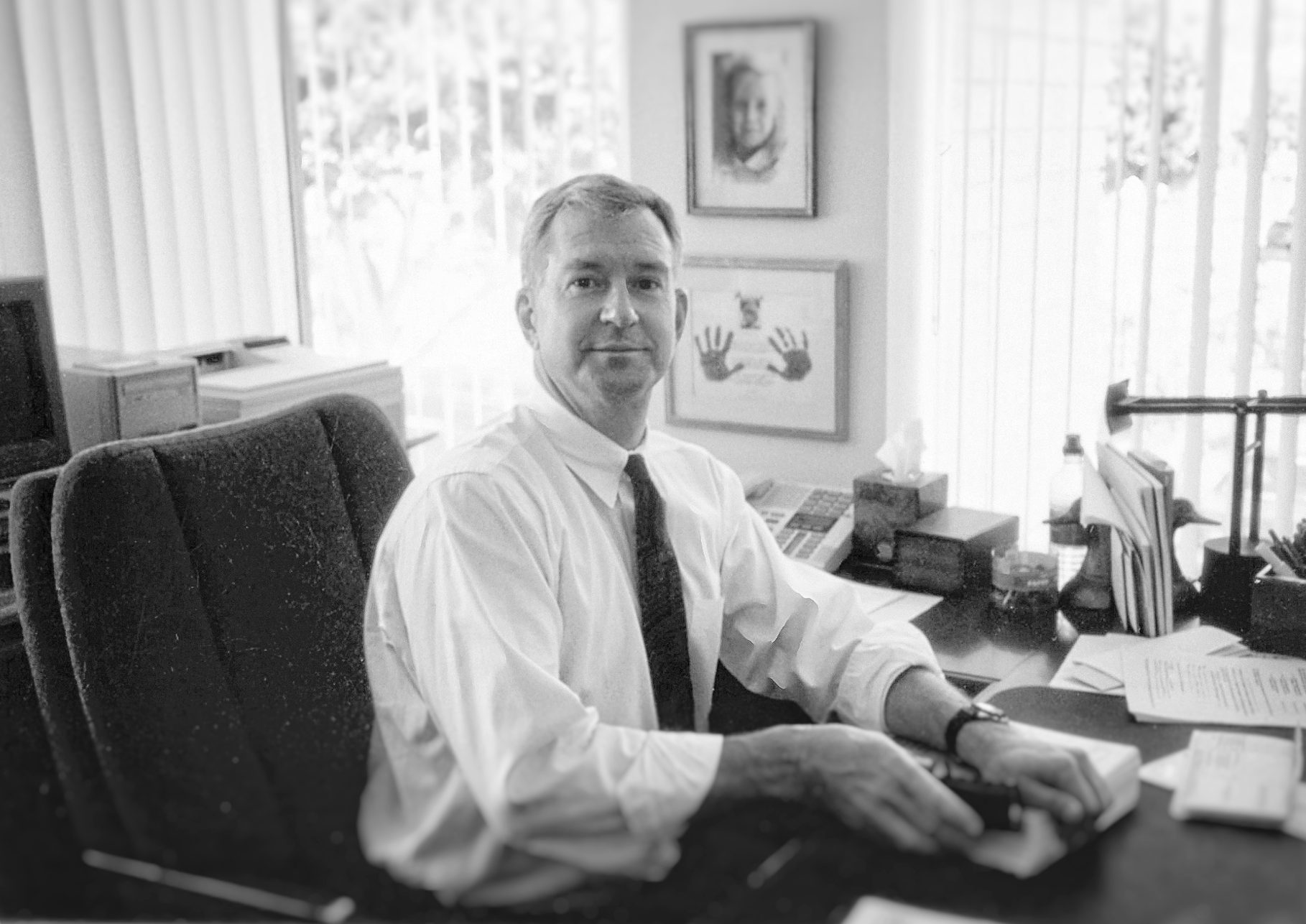 As Frank Dudek tells it, going into business was almost inevitable. “My father had his own business, both my grandfathers—clothing, lumber, cattle,” Frank recalled. “I have a master’s in civil engineering though I’ve never really thought of myself as a great engineer. But I really liked the business aspect of it, and it was natural to me to own a business, so when I had the opportunity, I took it.”

In 1980, Frank and then partner, Greg Luke set up shop as water engineers in downtown Encinitas. “It was just all brand new. We were kind of nothing,” Frank said. “Nobody took us very seriously, but we started winning some significant contracts in the private sector. Then, established engineering firms would stop by just to see what we were doing and look around and kind of try to scout us out.”

The firm’s earliest clients were land developers, particularly in the San Dieguito Valley and Rancho Cielo, and 4S Ranch, as that area was all undeveloped agriculture at the time. “Everybody wanted to build houses because it was in Rancho Santa Fe, but there was no sewer service,” Frank said. San Diego County required that they provide their own sewer service treatment, but getting the permits from the state and regional water quality control board was difficult. “Greg Luke and I had both worked for the State Regional Water Quality Control Board, so we knew all the people, we knew all the angles, so, we got hired for that permitting,” recalls Frank. “And then we ended up getting hired to do the engineering of all the facilities, so that gave us a start. Years before we got into the public sector, it was all private engineering.”

Through the 80s, the firm grew to include a hydrogeology practice. According to former Hydrogeology Division Leader Peter Quinlan, they were making it up as they went along. “If the surf was up, there wasn’t any drafting to be had that afternoon; the drafting would get done that night. Frank said you didn’t want to work too hard because it was important to have more fun than you did work. So, it was a place where everybody had lots of freedom. You just had to get done what you needed to get done, and you did it however you wanted to do it.”

Many early staff reflected fondly on the relaxed atmosphere and the culture of trust. That wasn’t by accident. Frank said, “It was fun to have a team of people that you really respected and who took care of the business, so you didn’t have to look over what they’re doing. They just did the right things. And if they had questions or wanted to get together and collaborate, you were supportive. And if they needed help, you’d provide the support they need, financially or talent-wise.” Frank listened to those around him, just letting them talk about what they needed to be successful. Then, rather than dictating outcomes, he helped provide those tools for success. “Because of that,” Frank said, “we all felt like we were kind of co-leaders of the firm.”

In the early years the staff weren’t focused on the fact that the environmental process is the start of any project, be it water infrastructure or otherwise. Dudek was founded as an engineering firm and the California Environmental Quality Act was still young. But Frank realized, “If we got our foot in the door at the start of the project doing the environmental review, the chances were good there’d be follow through with doing some of the engineering and then leading onto the construction management.” Thus, was born “a whole soup-to-nuts kind of consulting practice.” The Environmental Division was founded by June Collins in 1990, 10 years after the firm’s founding, and the rest is history.

Today, Dudek is a multidisciplinary environmental, engineering, and planning firm with more than 600 staff working in 16 offices across the nation on projects in more than 40 states. In 2011, Frank was interviewed by the San Diego Business Journal and outlined his business philosophy that “work should be fun, interesting, and profitable.” 41 years in and coming off its most profitable year yet, the firm has certainly thrived with that philosophy as a guiding principal.

At the end of Dudek’s 40th anniversary year, Founder Frank Dudek retired from the firm. From 2017 through 2020, Joe Monaco transitioned from his role as Environmental Division Leader into the role of President. He then added the title of CEO through a carefully planned leadership transition. Frank served as an advisor to this process and continues to serve as Chair of the Dudek Board of Directors. Of the transition, Frank said, “The thing I’m most proud of is that we planned ahead for ownership transition and leadership transition…I’m glad the firm is in good hands, and I’m looking forward to continuing to enjoy life while watching from the side how well the firm does.”

Dudek through the Decades: Thoughts from some of our Longest-Serving Dudekians

Dudek Transitions from Founder to Future Leader for the First Time