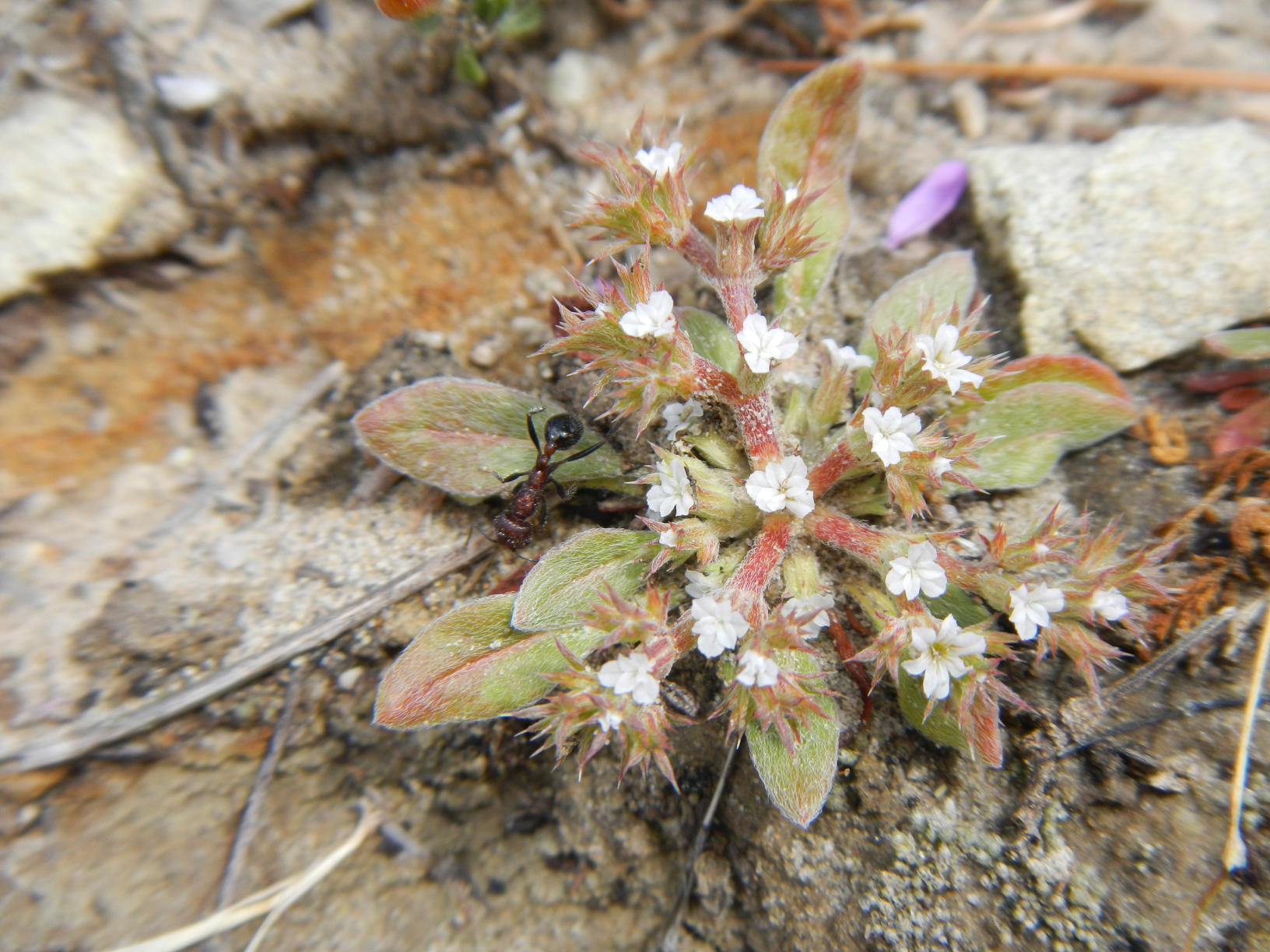 To address and reverse global effects caused by a rapidly changing climate, various industries have emerged that are leading efforts to reduce greenhouse gas emissions though alternative energy production. However, sometimes alternative energy projects which are focused on issues global in scale, run into issues protecting sensitive narrow endemic plant species at the local scale where the projects are proposed. For example, a wind farm that produces non-polluting, non-carbon-based renewable energy and thereby reduces greenhouse gas emissions must contend with impacts to a protected plant species. Or a proposed mine to provide an important U.S.-based supply of lithium, used in the manufacture of electric car batteries must consider impacts to a rare plant that is known only to the mine site.

Widespread use of green energy is a core pillar facilitating a pivot away from the use of fossil fuels for energy and electric cars are a critical move away from fossil fuel-burning cars that contribute to global warming. Additionally, all narrowly endemic plants and animals are potentially subject to extinction under rapid climate change. Yet, impacts to sensitive species on project sites must be avoided or mitigated, even for projects that are designed to offset the greenhouse gases that are responsible for climate change. These are the realities we must contend with. What choices will we make?  What impacts will those choices have on us and on the environment? Are there alternatives?

Narrowly endemic plant species can be difficult to protect in many cases, making it a challenge to ensure their continued existence. All actions associated with narrow endemic species need to be supported by the best available science for that species. Thus, solutions may require research to answer key questions about the species to develop knowledge and insights that will better direct efforts to preserve the species and/or enhance the populations. Several approaches are available to support plant populations or enlarge the geographic range through the expansion of existing populations, or through the establishment of new populations. These approaches include:

Avoidance and preservation with long-term management is always the first and most desirable approach to protect narrowly endemic plant species, but it’s not always sufficient as the sole mechanism for species protection.  An understanding of the proposed project and the ecological needs of the species can be synthesized into alternative project design configurations that minimize disturbance to the species. This is the first line of defense and a critical step to obtain required environmental permits from federal and state regulators.

Plant populations produce seed that is deposited and naturally stored in the soil beneath the plants, with seeds accumulating in this seed bank year after year. The seed bank is a source of future plants in the event of drought, fire, or other disturbances that cause plant mortality.  Leveraging the seed bank through topsoil salvage is an approach that uses the stored seeds to re-establish a population that is disturbed or displaced by a project.  Soil salvage depth, receptor site selection, and topsoil placement are critical factors that require careful consideration when using this approach.

Seed bulking involves collection of wild seed and controlled propagation to germinate and grow out plants in optimal  nursery conditions, without competition with other plant species or nutrient, soil moisture, or light limitations. Many native narrowly endemic plant species can be surprisingly productive under these controlled conditions, with seed bulking potentially able to increase the original collected seed quantity by a factor of one hundred or more. Bulked seed can be used to establish new populations in suitable areas that are not threated by development or to replenish the seed bank of depleted populations. Timing of collection, management of seed quantities collected, seed handling and storage, as well as grow out methods are key considerations for seed bulking efforts.

Plant propagules may be collected as seed, cuttings, or salvaged root structures for controlled propagation in a nursery.  Plants grown in controlled conditions can be reintroduced to wild locations after the plant reaches an appropriate level of maturity. Well-propagated plants may establish more successfully in the wild because the plant’s root–shoot ratio is balanced before reintroduction. Like other approaches, propagation involves many details that must be carefully considered for each species to be successful.  However, propagation can increase populations of seed-bearing  plants, thus, increasing and supporting the seed bank, while also facilitating the recovery of native vegetative cover. Additionally, in perennial species, propagated plants can improve the age structure of a particular stand of plants, adding more young individuals which will mature over time in place.

Plants may also be dug up and translocated to a new suitable location. However, translocation must contend with many challenges to ensure successful establishment of translocated plants including, but not limited to, the size of the translocation root ball, the means and methods of extraction, transportation, and replanting,  storage and interim maintenance, soil compatibility, microclimate, adjacent vegetation,  seasonal translocation considerations, and post-translocation maintenance, such as temporary irrigation during establishment. Careful consideration of these factors is essential for successful outcomes.

The San Fernando Valley Spineflower is known only to a few locations in the Santa Clara River Valley, including on the proposed project site for a residential development near Santa Clarita, California. Valencia (formerly Newhall Ranch) is envisioned to create a community in which people can live, work, learn, and play locally, reducing vehicle miles traveled (and thereby reducing greenhouse gas emissions).  To enable construction of the project while still protecting the spineflower, Dudek is working with the project owner to expand the occurrence of spineflower through seedbank salvage and reuse from populations planned to be impacted by the residential development, as well as seed bulking, along with additional avoidance and preservation.

The foundation for this work to expand the occurrence of spineflower was set by the Spineflower Introduction Plan, prepared by Dudek, which integrated years of work on San Fernando Valley Spineflower with the intent of protecting the species from extinction. As a result, the USFWS withdrew a petition to list the species under the federal Endangered Species List. This action served as an admission from the federal government that the Spineflower Introduction Plan, if implemented faithfully, would reduce the threat of extinction for San Fernando Valley Spineflower below the level that would require federal listing under the Endangered Species Act.

Dudek has experience working on projects tasked with conserving such species, and our integrated biological and habitat restoration teams are on the forefront of technical approaches such as seed bank manipulation, seed bulking, propagation, and translocation to promote successful population establishment. Further, we have demonstrated to regulators the validity of these approaches to effectively reduce extinction risk of these narrow endemic species. Through thoughtful implementation of approaches based on ecological principals that meet the approval of regulators, project owners can increase project viability by reducing uncertainty, allowing projects designed to reduce greenhouse gas emissions to move forward for the benefit of us all.

7 Tips to Help You Manage Spring Biology Surveys this Year