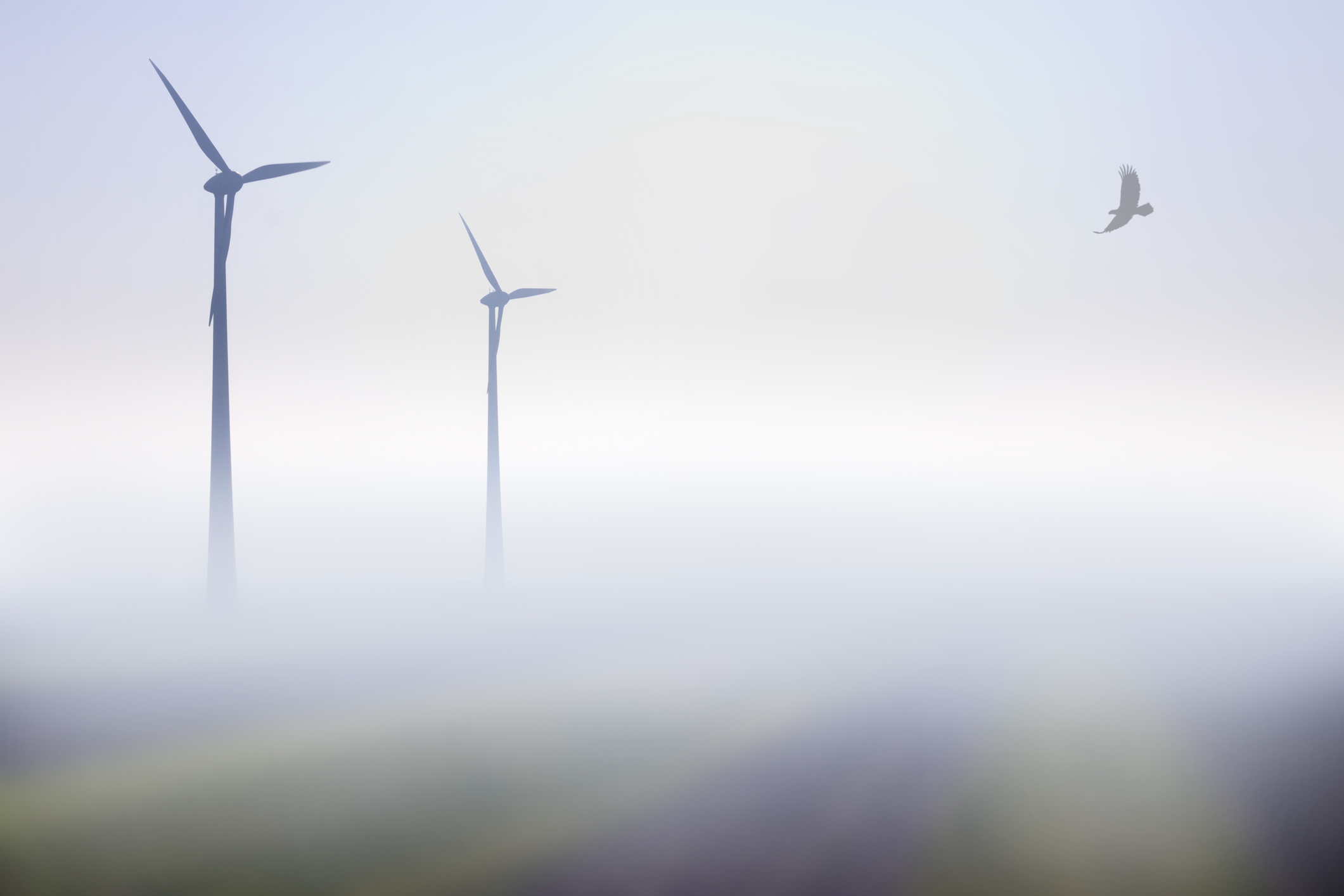 In response to increasing wind energy development in the United States, particularly California and its bordering states, the U.S. Fish and Wildlife Service (USFWS) has released for public comment various guidelines on how to assess and mitigate potential adverse effects of wind turbines on wildlife resources.

Particular emphasis has been placed on addressing the potential effects of turbines on bald and golden eagles. Below some of the more common questions on the nature and status of current USFWS draft guidelines, with respect to potential impacts of proposed wind energy projects on eagles, are answered.

What guidelines are being proposed that would apply to wind turbine projects?

In July 2003, the USFWS released for public comment voluntary, interim guidelines for reducing adverse effects of land-based, wind energy projects on wildlife, particularly federally-protected and migratory bird and bat species. After several years of public comments, the Secretary of the Interior established the Wind Turbine Guidelines Advisory Committee in 2007 to provide recommendations to revise the guidelines. In March 2010, the Committee submitted their final recommendations. Based upon these recommendations, the USFWS released in February 2011 their Draft Land-Based Wind Energy Guidelines. The USFWS has since revised these voluntary guidelines, based on public comments received to date that raised a number of concerns. The guidelines were finalized and released to the public in March of 2012.

In February 2011, the USFWS also issued their Draft Eagle Conservation Plan Guidance to address how wind energy projects with the potential to impact bald and golden eagles can be in compliance with federal regulations that protect these two species. The Guidance provides background information on the preparation of an Eagle Conservation Plan (ECP) that assesses the risk of a proposed wind energy project to eagles and how to mitigate that risk. The Guidance also explains the USFWS’ approach to issuing eagle take permits for projects that may require such a permit and provides guidance on how to collect and present impact assessment information in an ECP to support take permit issuance by the USFWS. The information in the ECP Guidance is compatible with information in the Draft Land-Based Wind Energy Guidelines that also addresses wind turbine impacts on eagles.

Why the emphasis on eagles and what is an eagle take permit?

The bald and golden eagle are both listed as Fully Protected under the California Fish and Game Code. Both eagle species are also federally protected under the Migratory Bird Treaty Act as well as the Bald and Golden Eagle Protection Act (BGEPA), which is the primary law protecting eagles from “take”, defined as to “pursue, shoot, poison, wound, kill, capture, trap, collect, destroy, molest, or disturb individuals, their nests and eggs.” While the BGEPA previously did not allow for permits to impact or take eagles, two new permit rules were created in 2009 that specifically provides for the ability to obtain a take permit, in compliance with BGEPA, for impacts to both species of eagles when the take is associated with, but not the purpose of, an otherwise lawful activity and cannot practicably be avoided. Consequently, if a proposed wind turbine project could result in injury or mortality to eagles as a result of collision with operating turbine blades, an eagle take permit will likely be required by the USFWS.

If potential impacts to eagles are already covered under an HCP for my project, could the take permit associated with the HCP serve as an eagle take permit?

A permit to take bald or golden eagles can also be issued under the federal Endangered Species Act under Section 10(a)(1)(B) of the Act if either species is covered under an associated conservation plan such as a habitat conservation plan (HCP). If the avoidance and mitigation measures included in the HCP meet the permit issuance criteria under the BGEPA, then an additional permit under the BGEPA would not be required.

How will the Draft Eagle Conservation Plan Guidance, when finalized, affect my wind energy project?

As noted, the draft Eagle Conservation Plan Guidance explains the USFWS’ approach to issuing eagle take permits and provides guidance to applicants and biologists on the information needed to identify, assess, mitigate, and monitor the potential adverse effects of wind energy projects on eagles. It is intended to interpret and clarify the provisions of the new Eagle Permit Rules under the BGEPA, and assist applicants and biologists on the development of ECPs to support the issuance of an eagle take permit pursuant to the BGEPA. The guidance is flexible and is designed to speed up the process for permitting wind energy projects; it does not impose additional regulatory requirements or burdens.

What should I do if I think my wind turbine project will have eagle issues?

Generally, the first step is to determine if there is a potential risk to eagles posed by your proposed project. Dudek has extensive experience with wind energy projects and several of Dudek’s biologists have particular expertise with raptors, including bald and golden eagles, and can determine the level of risk, if any, that your project poses to eagles. If it is determined that there could be some level of risk to eagles and that an eagle take permit will be necessary, Dudek can then work with you to, consistent with the draft ECP Guidance, conduct the following:

Close coordination with the appropriate USFWS staff will help ensure that the ECP contains the information needed to obtain permit issuance in a timely and efficient matter.