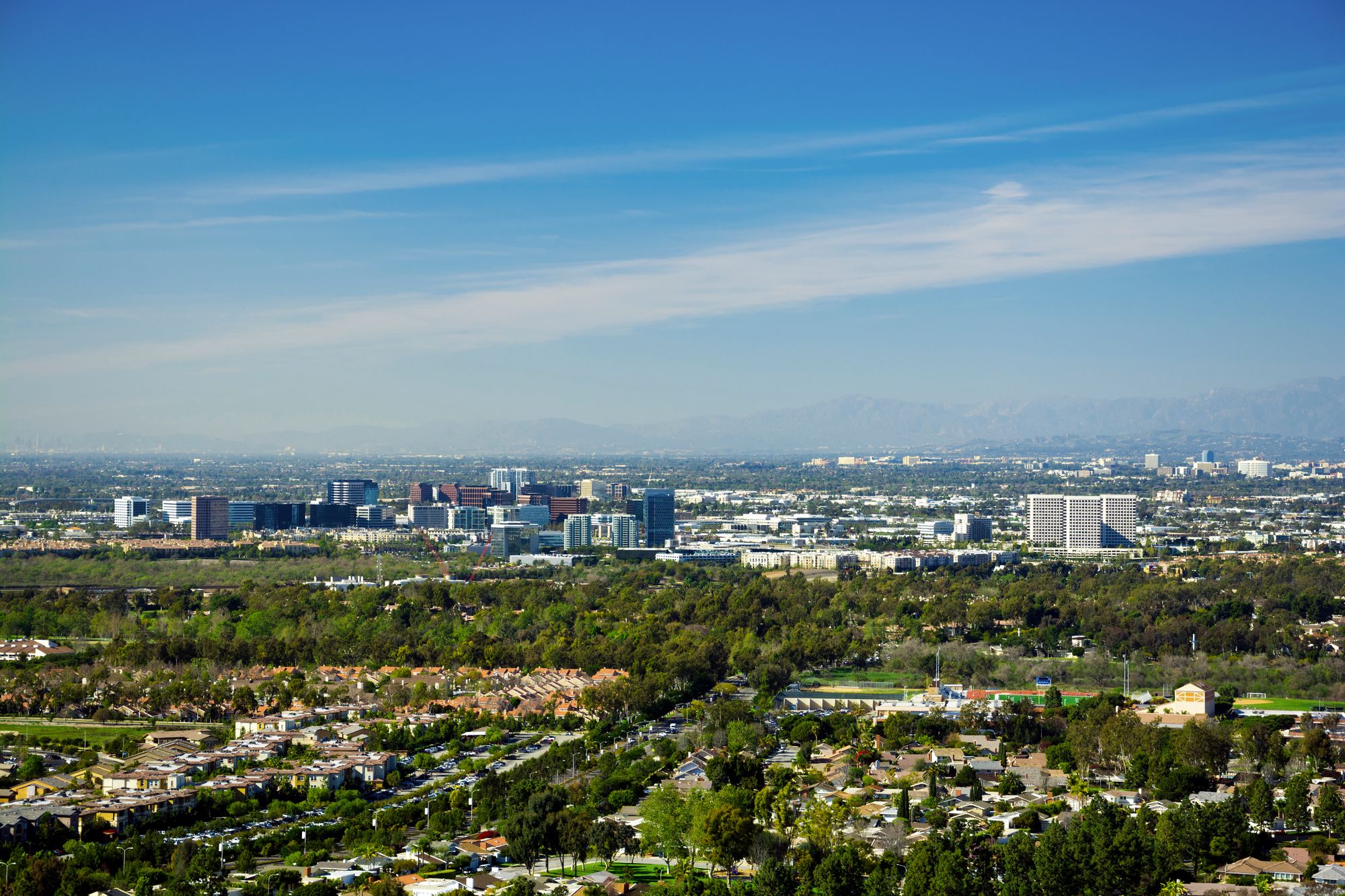 Urban forests are the backbone of regional landscapes and represent a substantial natural resource investment. The 177 million trees in California’s urban forests are at risk as water cuts significantly reduce irrigation that is vital to mostly non-native, ornamental trees. Tens of millions of native trees in California’s wildlands have already died due to the extended drought.

Trees have many benefits, including capturing pollutants, reducing heat and noise, saving water, capturing stormwater runoff, and creating the visual appeal central to local communities’ character. However, a weakened urban forests reduces these benefits. Of even greater concern is the potential for increased fire risk if reduced irrigation damages urban forests.

The size of California’s urban forests range, from 10 million trees in the City of Los Angeles and 1 million trees in the City of San Diego to 228,000 trees in Pasadena. A recent U.S. Forest Service report estimated that 9.1 million municipally owned street trees, representing just 5% of the total urban forest, provide an estimated $1 billion annually in beneficial services and have a $2.5 billion replacement value.

Drought-stressed trees are more vulnerable to pests such as the invasive shot hole borer, which is killing trees via fungal infection throughout Southern California. Turf removal projects also put adjacent trees at risk if the typical spray sprinklers are turned off instead of replaced with drip irrigation.

Most significantly, the fire threat will increase at the wildland–urban interface. If not properly thinned, dead and drought-stressed trees and vegetation (understory plants that can serve as fuel ladders) would provide pre-dried fuel—“ember catchers”—to facilitate the spread of wildland-initiated fires deeper into populated areas, especially during low-humidity and high-wind events.

Proactive management and fire protection in wildlands versus urban forests has one key difference: centralized public ownership versus fragmented private ownership of 80% of California’s urban forest. State and national forests benefit from public agency oversight and public funding. The federal Healthy Forest Initiative and Healthy Forest Restoration Act, for example, helped remove barriers to and fund removal of dead trees in state and national forests, on tribal land, and on some private land.

Private trees do not typically receive the same level of oversight and ongoing maintenance that municipalities provide. Fragmented private ownership represents a significant hurdle for coordinating plans and implementing solutions. A private property owner facing the expense to remove one or multiple dead trees may not weigh the risk-benefit of leaving dead vegetation in place.

Managing the threat to our multi-billion-dollar natural asset is another difficult drought-imposed decision about what resources to save and what to lose. The decisions fall both in the realm of private action and public policy. Possible management strategies include the following:

Second, cities and water agencies should develop “how tos” to help private property owners prioritize landscape irrigation allocation and tree preservation. Information should show the return on investment by choosing to reallocate water to existing trees versus turf or other high-water-use plantings.

Ban conventional sprinkler spray heads in non-turf settings. With the significant reduction in turf, irrigation systems should be converted to drip and micro-spray systems that maximize water conservation while maintaining the remaining trees, shrubs, and drought-tolerant groundcovers. Spray sprinkler heads deliver water in gallons per minute, drip, while micro-spray systems deliver water in gallons per hour.

Convince homeowners to make tough decisions. Our municipal and commercial clients are open to tough choices for effectively managing their urban forests, which includes identifying and removing even healthy non-natives that have no place in an overall, long-term landscape plan. Those decisions can be harder for homeowners who have sentimental attachment or financial reasons to keep their trees as is. The two most effective steps homeowners can take to reduce risks are to remove plants unable to survive reduced irrigation and that present a fire hazard, as well as rebalance landscape biomass (plants and trees) for equilibrium with reduced irrigation.

Consider urban forest restoration funding. The federal Healthy Forest Initiative and Restoration Act played a significant role in managing dead trees in wildland areas, including federal, state, tribal, and private forests throughout California. Many homeowners may not be able to afford the cost of removing large dead trees. A proactive strategy could be publicly funded tree removal for homeowners for whom tree removal would be a financial hardship. Two considerations for such an approach include the ability to end the program immediately with drought relief, and the fact that hardship-based funding for tree removal could be much cheaper than paying to fight and recover from a major fire.

Develop plans for locally repurposing or recycling urban wood. This program would avoid distribution of pests through wood transport, as well as minimize green waste and carbon release, while maximizing practical use of urban wood in urban areas.