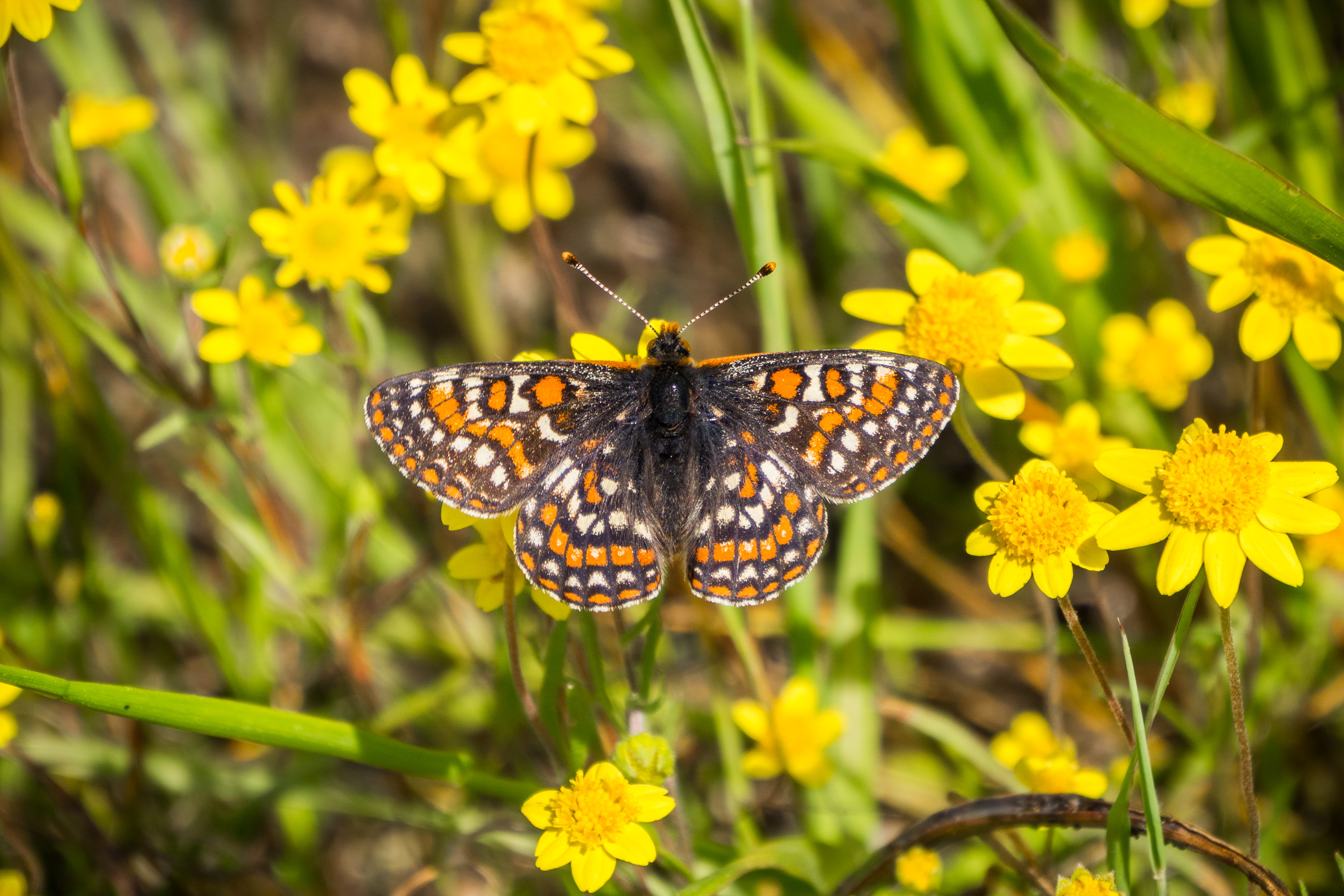 On an afternoon in Redwood City, California in 2002, Dr. Stu Weiss documented the last Bay Checkerspot butterfly to fly in Edgewood Preserve. The butterfly was extinct from the area.

Following its extinction, Dr. Weiss was determined to change the butterfly’s fate and understand what caused its massive collapse from an area where it used to once thrive. After extensive research, he published a paper in Conservation Biology which found that “chemical climate change” was killing the Bay checkerspot at Edgewood preserve.

What is Chemical Climate Change?

Through the allocation of $700 million in mitigation funds to conserve the Bay Checkerspot butterfly’s habitat, Dr. Weiss made it his mission to remove these grasses and re-create the large populations of dot-seed plantain that used to once thrive at Edgewood preserve. With large numbers of dot seed plantain now thriving at Edgewood, it was time to bring back the Bay Checkerspot too.

It’s not every day you get the opportunity to chase butterflies and potentially save a population of Bay Checkerspots from extinction, so Dudek Biologist Erin Bergman volunteered to do just that!

Ms. Bergman collected numerous Bay Checkerspot butterfly caterpillars from populations in the millions near Morgan Hill, California. Then, with Dr. Weiss, Christal Niederer of Creekside Science Center, and numerous other volunteers at Edgewood Preserve, the caterpillars were released in the preserve to grow, transform, and flourish.

This long-term restoration project has brought the Bay Checkerspot butterfly back to Edgewood Preserve with restoration efforts continuing. Scientists and volunteers work tirelessly to keep invasive grasses from the preserve and maintain dot seed plantain growth, along with numerous nectar plants.

You can help butterflies in your area by creating a butterfly garden containing host plants in your own back yard. Native milkweeds like narrowleaf milkweed (Asclepias facicularis) can help monarch populations. Other host plants can help establish a new colony of butterflies too!

Erin Bergman is a Dudek biologist and certified arborist with more than 12 years’ experience in biological research and ecology, specializing in botany, weed mapping/monitoring, rangeland science, agricultural studies, and rare species. Ms. Bergman has USFWS permits to survey for and study the following federally endangered or threatened butterflies: